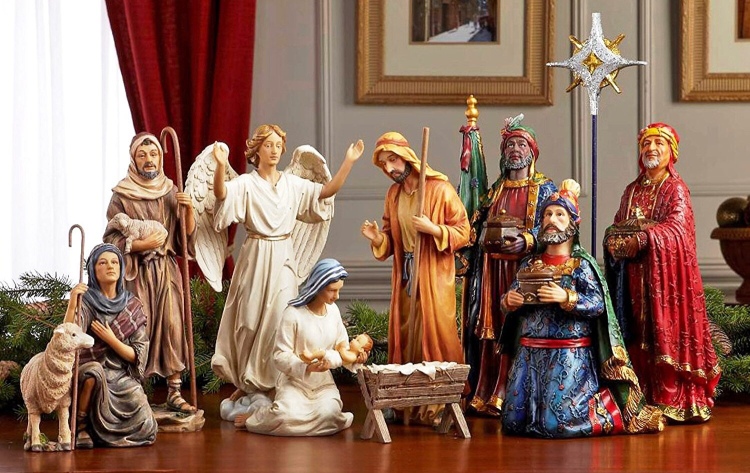 Prior to my return to the faith, Advent and Christmas had no other significance except an excuse to party excessively and go through the tedious process of getting a gift for the various people I know.

And at some point of that gift buying, I would get frustrated at getting presents; hating the senselessness and the expense, and the value of the relationship of the gift recipient.

Advent and Christmas were just occasions for bad behaviour. It had lost its religious significance to me.

After making my return to the faith, Christmas regained its religious significance. It had become a season with a reason. The carols I sang had meaning and a purpose; and the midnight mass is a joyful end to Advent and the year.

Yet, something was missing, and I didn’t even know it until recently. It was only when I started doing the weekly reflection, with quiet in my heart, that I became more aware of this emptiness.

When we were asked to share an Advent or Christmas image or a video, and what it means to us, I picked the Nativity scene. And it is through this exercise, in preparing to write this reflection, that it helped me to appreciate Advent and Christmas in a spirituality that I am now thankful for.

In my image, there are the Magi, the shepherds, the angels, Mary, Joseph and baby Jesus. And using the Lectio Divina method, I reflected through the characters of how they felt and what they saw and did, and what thoughts filled their mind.

I pondered the role of the Magi, and at the first level of interpretation, it can be drawn to the parallel of gift giving during Christmas. Have I been generous? Because the Magi brought riches and treasures; after all, Gold, Frankincense and Myrrh aren’t your ready-made gift hampers you get on the quick, to give out to those who are colleague/friends.

But the Magi were more than just gift givers. They’re also wise men, and nobility, and they were looking to acknowledge a King. And when they found Christ, they did not withdraw their gifts because He was found in a manger instead of a palace. So, it was in them, I learnt not just generosity, but also charity.

I recently came across a video which revealed that the shepherds in the Nativity story were Levitical shepherds; which meant they were responsible for delivering unblemished lambs for temple sacrifices. So, when the angels appeared to them, and directed them to baby Jesus; they found Him in swaddling cloths in a manger, not unlike how they help birth lambs and subsequently wrap them in those similar swaddling cloths as well. The significance and parallels were signs of prophecy coming alive.

From the shepherds, I learnt duty. The Bible has plenty of shepherd analogies; about looking like the sheep and smelling like them. My duty is to my community, to be with them. And when I’m told the Messiah has arrived, I bring the sheep I’ve been entrusted with to Him.

Then come the angels who broke out in song, praising and worshiping God for the glory that has come. The angels are always celebrating God’s mercies because His plan is wondrous to all creation. From them, I learn to trust in God’s plan, and to celebrate His gift to us in the form of His Son.

In an Advent penitential service, a priest told me that Jesus welcomed all who came to him – from the Magi to the shepherds, and accepted all their presence and their gifts. So too, I should accept God’s gift of mercy and forgiveness and be with joy.

Then there’s Joseph. A righteous man and from him, I learn the role of being a protector. I need to nurture my faith life, as much as I trust God to instil it in me. I need to tend to it, with attention and care, so that it will grow; just like Joseph nurturing Jesus’ growth to maturity.

Finally, there’s Mary, from whom I learn obedience, sacrifice and love. My obedience to God pales in comparison to Mary’s fiat from the Annunciation. My wilfulness has led me down the path of sin countless times. And that is because there are times I refuse to sacrifice myself for the greater glory of God. There are times when I am called to deny myself, but I choose the easier and crooked path.

Mary sacrificed herself because she knew her acceptance to God’s plan to carry Jesus put her in a dangerous position. But that trust in God’s plan meant that Joseph stood by her and spoke for her. My unwillingness to sacrifice means that sometimes I miss out on God’s plan.

At the time of writing this, I’m 11 days out from Christmas. I’ve not got a present for anybody, not because I’m a Grinch or grumpy about shopping in crowded stores. Online shopping and quick delivery has made life a lot more bearable. But I am stuck, because every material gift I see doesn’t truly replicate the true meaning of Christmas. I can offer no other better gift than an invitation to Christmas mass.

This Advent, it’s been about being more reflective, and using the characters we see in the Nativity scene, and in doing an examination of my own life, to question myself if I have been preparing myself in the right way to receive Jesus.

And if I’ve learned anything, my preparation shouldn’t be just during this part of the year, but in each time I prepare to receive Jesus in the Mass and Eucharist.

2 thoughts on “Who am I within the Nativity scene?”